Nuclear Fusion. What Is It And How Does It Work?

Nuclear Fusion is probably the most important part of this entire build. It is also one of the simplest parts of the build as well. The materials to power Fusion are relatively easy to get but at the same time several pieces can be a bit expensive. Fusion is the process of fusing two or more elements together. The following list shows the materials needed to preform this nuclear process.

There are two stages in a nuclear explosion: The fission reaction to create heat, and the uncontrolled nuclear fusion which produces the explosion.Atomic bombs were the first form of nuclear weapon and one is shown at the top of this article. Atomic bombs and missiles use uncontrolled nuclear fission to produce a devestating effect.(They were used on Nagasaki and Hiroshima). While fission produces a lot of energy the energy produced by fusion is several times more than that of fission. I am explaining this so that if you, the one reading the article, decide to build this device you will know the repercussions if you use it or if you accidentally set it off. Anyways now that I have the warnings out of the way it is time to tell you how this works and then how to make it. First we need the 2 types of uranium for the first stage of the reaction. Uranium 235, which could be replaced with another element such as plutonium 239, is used to create a fission reaction. The Uranium 235 will be seperated into two halves and when the small explosives go off they will be pushed together. Pushing the two halves together will cause it to reach critical mass (about 50 kg for Uranium 235 10 kg for Plutonium 239) which will cause a fission chain reaction. This reaction will be contained in a container of Uranium 238 that will be a heat shield. This shield will reflect the heat towards the hydrogen and litium. The heat created by the fission reaction is so massive that the hydrogen and lithium will start moving fast enough to collide and fuse together to for new elements. While creating these elements some mass is lost. This mass was turned into energy as shown by Einstein's famous equation E = mc2 or Energy = Mass times the speed of light squared. The more hydrogen and lithium you have, the bigger the explosion. 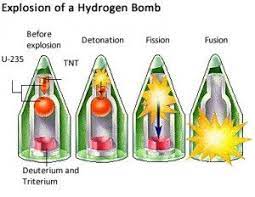 How To Build The Fusion Chamber

This build will be a bit complicated due to the fact that hydrogen needs to be contained in a certain way, but this will not be the most complicated part of the missile. First we will have to make everything that will go inside the heat shield, and since we will be making a warhead it will be designed like the image above. Starting at the top we need the explosives,TNT is best, these will be attached to a pressure sensor. whent the warhead hits the ground the pressure sensor will cause the tnt to go off. This is how to build a pressure sensor:

As you can see this part of the build is fairly simple and the materials are quite cheap and easy to get. Putting it together is also quite simple. Just remember that the wires must be coated for all but the ends. 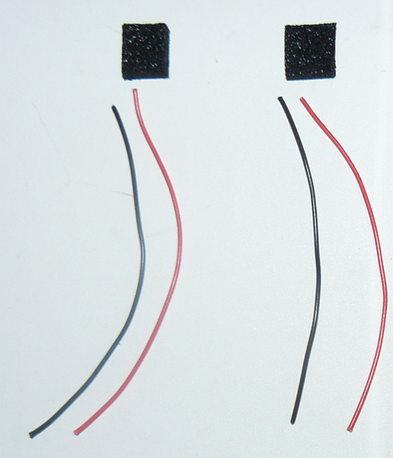 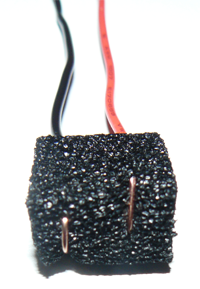 This part while basic is very important as it will sense when the warhead hits the ground to start the explosion.To make a proper ICBM you will need multiple warheads. The next part of the build involves explosives so be very careful and once they are wired up do not put pressure on the pressure sensor(do not press down on it)(if you are not making the missile and just reading this for research do not worry about the tnt as it is complicated and there are sites that will explain how it works better than I can). Since you are most likely making this missile for a government or you are a criminal so tnt will be easy for you to get along with a detonator. From there just wire the detonator to the tnt and wire the sensor to the detonator.

WARNING: The next part of this build involves radioactive materials. Make sure you have the proper saftey equipment. 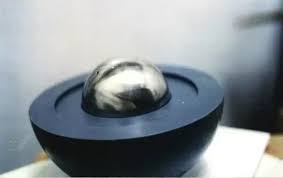 The more perfect your sphere the less uranium you will need(you will still need a minimum of 47.1kg). This uranium sphere will start fission once the tnt goes off. the next part is containing the hydrogen. What you will need to do for this is take lithium radio-isotopes an shape it into a thin hollow ball with a small hole to pump in the deuterium and triterium. MAKE SURE THERE ARE NO OTHER CRACKS OR HOLES IN THE LITHIUM. After pumping in the hydrogen seal the hole. This lithium ball will keep the hydrogen inside the missile. Also when fission starts since you hopefully used lithium radio-isotopes, the lithium will turn into more hydrogen for the heat from fission to help fuse. After you have made all this you will need to make the heat shield. This is pretty simple, just take the Uranium 238 and make into a hollow bottle shape. At the top inside the bottle or the neck place the TNT, with the uranium 235 right underneath it. After that put the lithium ball inside the bottom of the bottle. Make sure this container is sealed shut with no holes or anything escaping(it is easy to check if any gas is escaping by pouring sopy water onto the container. If it bubbles gas is escaping). Also the inside should be a vaccum so that there is less interference for the neutrons that will be flying around during fission.

This is the main part of the missile and everything will be connected to it. It is also like a massive storage container as it will hold all of the rocket fuel needed for it to fly as well as the nuclear warheads. You will need mulitple bodies for the multiple stages in the rocket as shown in the image below which shows the fastest and most accurate ICBM in the world. For this we need three thing: Titanium, Hydrogen, and Oxygen as well as release mechanisms. First of all this will require welding and pressurized gasses so make sure you know what you are doing for this part. first of all you will need to weld together a cylinder of Tiatanium. Make sure it is open on the bottom but closd on the top. This is important because the warhead will be mounted and welded to the top while the bottome will contain the thruster so it will need a place for fuel to be funneled out of. Inside this you must have gas canisters filled with oxygen and hydrogen. 1 part oxygen and 3 parts hydrogen. This is the rocket fuel and it will allow the missile to go into orbit before re-entry. Make sure the warheads will be able to stand the heat of re-entry or else it will not work. Basically a ICBM is just a rocket that goes into orbit and drops its payload when it is overtop of it's target. 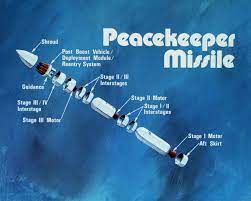 This, besides the warheads, is the most important part of the missile. This will allow for lift-off past the earth's gravity and into orbit around the earth. It will aslo allow the missile to hone onto a target. The rocket fuel will be funneled slowly into a combustion chamber where it will be lit and the sent through a cone to increase the presure. This will cause the ignited gas to push against the earth or air and give thrust to the rocket causing it to fly. To keep the fuel going down gravity could do the trick but make sure that the flame will not travel back up into the fuel chamber which would cause the rocket to explode. If you know how a propane tank works that is basically what is happening. You will need multiple thrusters, one for each stage of the rocket. you will need a high pressure valve and hose to move the fuel down to the bottom of the rocket. From there the combustion will take care of the rest. Make sure to time the release for each stage of the rocket to how fast the fuel will run out so that you can release the stage before just before it runs out of fuel and dies. You will also need some way to control the way the missile is going so the best way to do that is a motorized pivot joint which will move the thruster based on commands from a computer. 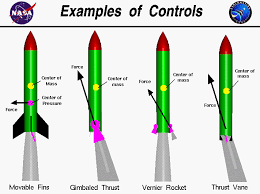 This is pretty basic. All that you need to know is where you are sending the payload to and some basic coding. All you will need to do is hook up GPS to an onboard computer that will be controling the thrusters and have it position the missile over the drop zone. After that the computer will drop the payload. I am not going to tell you how to put all of these parts together and i have been vague for some parts due to legal reasons so for the rest you are on your own.